I can still hear the lesson taught to me by a late sculpture professor, mentor and friend, Ed Love. Upon a visit to my home in Washington, DC, he commented on my sculptures. At that time, I worked mainly in welded steel inlaid with etched and color embellished Plexiglas panels.

He said, “Always describe your own work. Don’t leave its interpretation up to anyone else. No one else can accurately explain its meanings.”

I took this advice.  It is now associated with two pieces of artwork , presented to the 2014 Jamaica Biennial judges, that is part of a cultural revival of Taíno aesthetics. One is an assemblage sculpture titled “Inriri: Yamaye Bird-man” and a silkscreen print, “Deminan of the 4 Twins”. Both are part of the Creation epic of the Caribbean’s Amerindian people, the Taino.

Usually an art historian or critic takes on the task of catering to his own experiences or taste.  During some critiques, the term “in the style of” is often evoked. For example, “in the style of Picasso, or Rembrandt.” They never say in the style of a non European “master”. What if I choose to emulate unknown artists from an indigenous Amerindian culture such as the Taíno? The viewer may be unfamiliar with indigenous Caribbean cultural aesthetics, but should not avoid a Caribbean model for visual expression. I see my artwork as an extension of an ongoing cultural revival of the indigenous people of the Caribbean.


Research in a number of scholarly fields continues to reveal more about the once-believed “extinct” people, of the Caribbean, as newly discovered revelations about Amerindians survival are constantly being made. The impact of over six million Taíno Amerindians is Earth-shaking (Spanish Dominican friar Bartolomé de las Casas was the source of this count).

The Island Carib who live in the Caribbean’s Lesser Antilles and Central America, have a story of survival that differs from the Taíno with whom their warriors had continued to intermarry. They, like the Taíno had lived and navigated among 7,000 islands and the mainland Americas. To say that these indigenous Caribbean people became extinct is a gross misunderstanding of human survival
after a holocaust. The rest of the planet,
like the Amerindians never recovered from a form of culture shock that spread as far east as Europe, Africa and Asia. World languages, cuisine and technology are as peppered with the Taíno aji (chili/capsicum) as Jamaican jerk (really Taíno barbecoa) with scotch bonnet and pimento (Taíno allspice). Over time, Caribbean Amerindian influences so subtly melded into most world languages and cultures that they are rarely identified as imports. Pizza, curry, sweet potato and pumpkin pies, stir-fry (with bell and chili peppers), fish & chips, and barbecue (called barbie in Australia) although identified as part of local national customs all share this common South American and Caribbean Amerindian source. Unknowingly, most of the world’s people carry a little Amerindian in their stomachs. Those millions who survive off Mainland (Central and South America) originated corn/maize or cassava/yuca were introduced to these foodstuffs via the Caribbean’s Amerindian cultures during a 28 year First Encounter period.

According to Dr. Jose Barreiro (Cuban Taíno) of the National Museum of the American Indian (NMAI) in a 2013 discussion at Fondo del Sol in DC, the Taíno survivors in Cuba still
practice traditional agriculture by the fazes of the moon. Not unlike the Island Carib canoe-maker in Dominica who cut down the gommier tree (”when the moon is finishing”) also by the moon’s position. “Unless a researcher knows the right type of question to ask, or understands what they are seeing,” Barriero stated, the incorrect assumption would be that these capmecinos up in the mountains, don’t know much about Taíno culture. This wrong assumption can lead to the common statement that the Taíno of the Caribbean became extinct soon after the arrival of Columbus. Not only does the DNA visibly survive in the populations of Cuba, Jamaica, the Dominican Republic, Haiti, Puerto Rico and the Virgin Islands, but also in the diasporas living outside of the Caribbean. There is no question of the Island Carib, for they have a reservation on the Island of Dominica where they elect a chief every four years. Their relatives, the Garifuna population is estimated to be around 600,000 who live along the “Caribbean Coast in Belize, Guatemala, Nicaragua, Honduras including the mainland, and on the island of Roatán”. They also survived with their African kin via insurrections on St. Vincent, Martinique and Guadeloupe and by way of a shipwreck of Africans not yet slaves, but bound for enslavement. They did not go quietly into the night as some have thought.

The Taíno
An example of Amerindian revival is being spearheaded by Cacique Roberto Mucaro Borrero, director of the United Confederation of Taíno People (UCTP) of which I am a member. Taíno organizations both in the US and the islands are currently keeping alive both the language and culture of their ancestors.  It is with this aim that the two works, a silkscreen print and an assemblage sculpture were created. As a Jamaican artist, like most people in my profession, I have gone through a series of self-examining style and content changes in my career. From an island of mainly non-European people, having not been taught about any other cultures that comprise my identity, was only natural to fill in the gaps ignored by a colonial government.

The question first to be answered was, “Where am I?” The only real answer was, “In Amerindian territory.” If so, were there any vestiges of indigenous cultures? A research grant in 1992 led me to “Yes”, even though they were subtly hidden in practices we consider to be Jamaican.

My survival theory was recently realized by a Jamaican newspaper article. Some Yamaye (Jamaican) Taíno descendants publicly announced their lineage in  2014 at the sixth
Charles Town International Maroon Conference held in Portland, Jamaica. Other Taíno representatives from the NY/Puerto Rican (Cacique Borrero) and Connecticut/Dominican Republic areas were photographed with Jamaica’s indigenous descendants. The original fear by the local Taíno, a common occurrence among survivors, was public ridicule. For some inexplicable but not uncommon reason, the general populace seemed shocked at the survival of people who went underground or “blended in”. Having been on the Eastern Woodland Native American powwow circuit for over 30 years, I often have been told similar stories of Amerindian survival and the added burden of being a “hidden Indian”.

There was recently a call for entries for the 2014 Jamaica Biennial sponsored by the
National Gallery of Jamaica (NGJ). I submitted two Taíno-inspired pieces of art in an effort to include the missing Amerindian portion of Jamaica’s cultural puzzle. From my observation Jamaica (similar to the US in the 1960s) is rightfully going through its once denied Afro-centric phase. I had been following the type of artwork that is promoted as competition worthy. The current emphasis is on abstraction, some minimalism and “Intuitives”, artists who are spiritually moved to create art without “formal” training. One NGJ blog article also highlighted the works of some contemporary artists. Abstraction is the norm.  While technically good; the subject matter exhibits the thinking of a nation working towards artistic
identity while mimicking artistic styles that have a genesis in Europe and American Modernism. This begs the question; what is Jamaican art? Is it a colonial shadow or, if given clues, would it be identified as uniquely Jamaican? Only the Intuitive works could be compared favorably with similar but distinctive Haitian painting styles.

Granted, Jamaica is a European creation in the Amerindian Caribbean. Its current population is mostly ethnic African mixed with European, Middle Eastern and Asian, built on Amerindian Taíno retentions. Although many Caribbean artists have varying degrees of
African DNA, one could not easily tell by most of the artwork being created. Some artists seem to be exploring their African roots; echoing an early 20th century movement called the “Harlem Renaissance” (that included Jamaican poet Claude McKay) which gave birth to African American “race pride” artists, such as those members of the Africobra art collective (a Chicago-based group known for its “Wall of Respect”. Africobra’s aim was to consciously express one’s self by going against Mainstream Eurocentric styles by using African designs, imagery and “Cool Aid” colors. The experimentation with American Indian aesthetics had
taken hold in New York decades earlier ushering in the Modern Art Movement, a style emulated by some Jamaican artists today. In the US this infusion of the indigenous was necessary in order to create a truly new American style of expression. Jamaican artists could take a page from this American Modernist movement by researching those things that make them Jamaican and not European, American or African. Truly “Jamaican” cultural heritage has a Taíno foundation. A country that prides itself on jerk foods, a Taíno based cuisine that uses a Maya word for its technique should know more about its indigenous roots.

The Amerindian acknowledgement phase in Jamaica is just beginning. My e-mailed photographs and explanation along with an entry form for the Jamaica Biennial read:

“My two works titled "Deminan of the 4 Twins" and "Inriri: Yamaye Bird-man" are based on contemporary
interpretations of stories and aesthetics from the indigenous ancestors of Jamaica, the Yamaye Taíno. Deminan, is one of the four sons of Itiba Cahubaba the Fifth Earth Mother of the Taíno Creation epic. Inriri is a part of the bird-man category of beings, one found in Jamaica's Carpenter Mountains in the 1700s, and is also associated with the bird (Cahubabael) that is related to the woodpecker's finding a woman's "honey spot". Duality is important to the Taíno belief system, so the twin "Inriri" imagery represents "the crucifixion of Taíno culture."
In the Taíno Creation story, Deminan Caracacoal and his three brothers, called the “4
Twins”, were born to Itiba Cahubaba, the Fifth Earth Mother. They mate with Turtle Mother to produce the world’s people. The Taíno are from Deminan, so only he is named. In my print, they are set in a cave-like womb surrounded by pictographs.


This story, a part of the island’s history, should be told as effortlessly as the Anansi the
Spider-man folkloric tales.

All creation stories are valid parts of cultures, not unlike “Adam & Eve” of the Hebrews or Michabo the Great Hare of the Algonquians. After all, although many roots are in the Eastern Hemisphere, we do live in the Western Hemisphere.

Post script: Not surprisingly, my submissions were quickly rejected. As a designer my modus operandi (MO) has instinctively been to be ahead of the game.

Here are the sources for the above artworks. 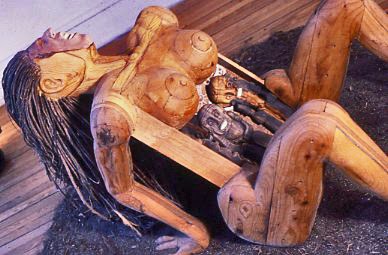 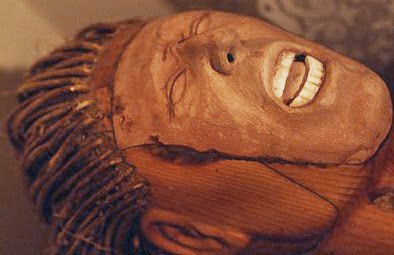 Posted by Yamaye-mike.blogspot.com at 10:21 PM